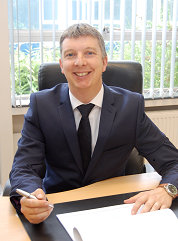 We returned from the half term break to an update from Evan Marlow, Cliona Blackwell and Thomas Hurrell who were all awarded prestigious Arkwright Scholarships last academic year, sponsored by ARM, a global tech company based in Cambridge. Nationally, all applicants were whittled down to 1000 who were asked to interview and only 400 were given sponsors; guided by Miss Bell, all 3 of our applicants were awarded scholarships. During half term, these talented young people attended an award ceremony at the Institute for Engineering in London. Arkwright Scholarships rightly recognise these students (who are now studying A Levels) as future leaders in engineering. The scheme has been launched with current Year 11 with students who are beginning to work on projects; good luck to you all.

On Monday, we also welcomed back staff and students from a very successful Geology trip to Arran as well as news from the very proud parents of Benedict Taylor in Year 13 who attained his Private Pilot Licence on Sunday! On Tuesday, we welcomed outside agency, Business Language Champions, who ran a  highly successful ‘Glastonbury Goes Global’ languages project with our Year 9 students whilst on Wednesday evening we welcomed parents/carers to the academy for the South Africa information evening.

On Thursday and Friday, our ‘Raising Awareness’ committee, led by one of the senior Prefects, ran a second charity event to raise money for Cancer Research. The ‘Stand-Up to Cancer’ event involved students donating £1 in order to select a date in a diary. Each date will be placed into a raffle and the date selected, and the student ‘owning’ this date, will win a prize with the remainder of the money going to Cancer Research. Following this, the Prefects will be helping to organise the ‘Longsands Talent Show’ to raise money for Parkinson’s disease and Cancer Research.

During this week, I have also had the pleasure of meeting our highest performing students, in terms of their exceptional learning habits across classwork, home learning and behaviour, in Years 8, 9 and 10. Apart from affording me the opportunity to formally recognise these students, whose outstanding efforts and positive attitudes could so easily go unnoticed, these meetings also allow us to discuss what they are enjoying about life at the academy and what could be improved. The students had plenty of ideas which I will discuss further with relevant staff and act on those we are able to.

At the end of the week, I was delighted to receive further positive feedback, from a member of the public, about two of our students, “We were in Riverside Park today when my son and his friend got their aerobie stuck up a tree! Two of your Year 8 boys cycled by and stopped to help get it down; they were really polite and helpful, a credit to both their parents and the school.”

As I hope this evidence demonstrates, so many of our students continue to make us very proud of the values they demonstrate, the efforts they make and their subsequent achievements.