Whilst humility is a personal quality which we value at the academy, it has to be said that students have had an amazing final week of this half term. On Monday, we welcomed back Mrs Swainston, Mrs Mobin and 22 students who took part in our first ever study trip to Rouen. The trip involved a collaboration with students from the Lycée Jean Baptiste La Salle and included our students experiencing a typical day in a French school. During the final day, students enjoyed a tour of the beautiful, mediaeval city of Rouen and visited a French market and the cathedral before some souvenir shopping. The students’ behaviour was exemplary and they thoroughly enjoyed the trip and rose to the challenge of attending lessons in French. We were delighted to receive this feedback from the parents of one student, “Thank you for organising the French Study trip to Rouen. Emma enjoyed it immensely, describing it as ‘the best school trip I have been on’. We enjoyed hearing all about it and it is obvious a lot of varied activity was packed into the well-planned programme you developed.”

Also on the languages front, five of our students were shortlisted as finalists for the Eastern region ‘Mother Tongue, Other Tongue’ poetry competition with two announced as runners-up in their category at the celebration event which was held at Murray Edwards College in Cambridge on Monday. The students’ poems, which were written in French, have all been published in an anthology and we are very proud of them. Very well done to Riley Reed, Emmeline Terry, Kyle Wigley, Emma Mathers and Isaac Timms.

During this past week, our Year 11 Prefect team have led discussions with Year 7-9 students to review the use of Doddle to support home learning; this feedback will inform academy-wide and department planning.

On Tuesday, we welcomed Mark Levy to the academy, a veteran of the civil rights movement who was involved in the 1963 march on Washington and the Freedom summer of 1964 in Mississippi. Mark spoke with sixth form History and Politics students; the following feedback from Nathan Wyatt sums-up how inspiring his visit was, “I just wanted to say thank you for arranging the meeting this morning, I really enjoyed it and it has really motivated me.”

On Tuesday, students from Years 7-11 performed a variety of dance and drama performances as part of the ‘Weird and Wonderful’ show whilst, on Wednesday, Year 7 students performed a superb medley of musical numbers to approximately 160 parents; our thanks to all who attended.

Wednesday saw a veritable fiesta of sporting activity as Year 7 & 8 competed with great sporting behaviour and enthusiasm in the inter-form competition. This was immediately followed by the Year 8, 9 & 11 girls’ district hockey and netball tournaments. Well done to all who competed, especially to the Year 9s who won their tournament.

In the evening, the Rotary interviews took place for Year 13 students; we received fantastic feedback from the Rotarians who reported that it was wonderful to see students get so much out of the evening. This was highlighted by the parent of one student who has had to overcome significant issues during his time with us, “I just wanted to write to thank the sixth form for organising the interview evening yesterday as it turned out to be a very positive experience for our son and has given him a real confidence boost. I would like to add that we’re very appreciative of all the support everyone is giving our son which is helping to make his sixth form experience much better than we’d hoped, thank you.”

On Thursday, we opened-up the academy to the community, especially parents/carers of Year 6 students as we held our annual Open Evening. The event was extremely well-attended and we received a significant amount of positive feedback, not least of all regarding the conduct and input of our student body. I was particularly struck by the following feedback about one of our speakers, Jasmine Fisher-Wright, “Last night, I attended the Open evening…a young lady made a  speech regarding her time at Longsands – the A levels she is now taking and her future plans. She told the audience that she has a long-term illness, she sometimes has to leave class and ththe school has been very understanding. This young lady did not need to tell the audience this, as her illness was not noticeable. Please could you pass my email to her, hearing this made a difference to me.”

On Friday the sixth form held a ‘Wear it Pink’ day in support of those who battle breast cancer. The day proved to be a lot of fun and the cake sale was impressively supported by all those who baked and ate! I was made to pause and reflect by the following feedback from a member of public who was also supporting a cancer charity, “Yesterday I spent an hour on St Neots High Street as a ‘Stand Up For Cancer’ collector.  I saw at least 30 of your students while I stood outside Boots with my collecting bucket.  I would like to pass on how very well they were behaving and how smart they looked in their kilts! Despite the fact that they were in little gaggles of 5 or 6, they were considerate and quiet.  When I caught their eyes they smiled (although I am extremely old and boring) and at least 8 of them put their change into my collecting bucket. If I was on the staff at Longsands Academy I would like to hear this, and would be very proud indeed of these girls for representing their school in such a positive way.”

This followed the amazing feedback about Jacob Crawshaw and Owen Thomas who went to the aid of an elderly gentleman when he collapsed in the street. The values that your children display are inspiring and humbling; be very proud of them. 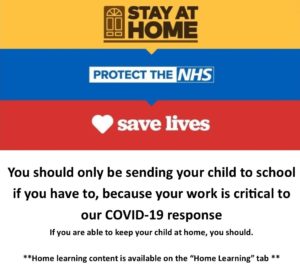